Songs for Japan: A Benefit for Red Cross 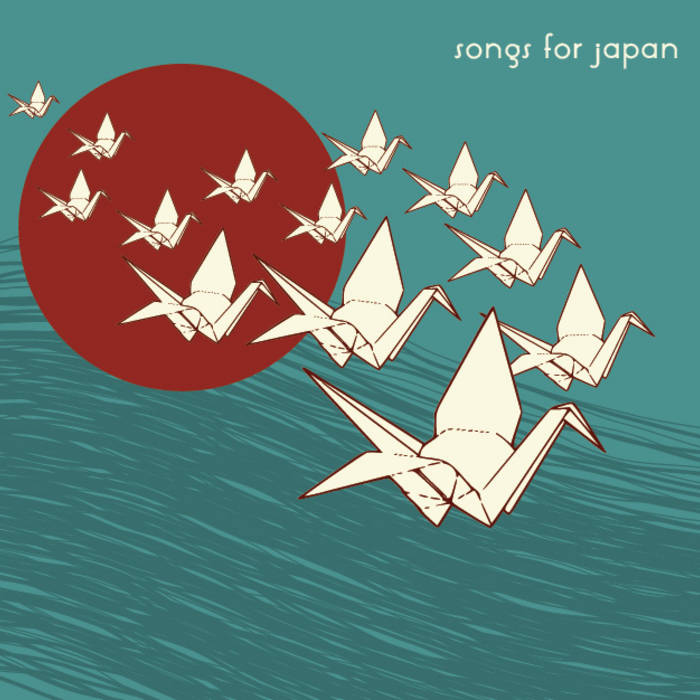 UPDATE: All of the proceeds from this EP are still donated to the Red Cross. It is now deposited to "Where the Need is Greatest" on their website.

All of us have been deeply shaken by the recent disaster in Japan. We have many personal ties in Japan, from myself growing up in Machida (a suburb of Tokyo) until the age of 8, to the many friends we made during the tours we did back in 2007 and 2009. We wanted to do something to help, so we've put together this Digital EP, which we are calling "Songs for Japan." All proceeds will benefit The American Red Cross Japan Earthquake and Pacific Tsunami disaster relief fund. In addition to the EP, we have 50 limited edition posters by Frida Clements, proceeds of which we are also sending to the Red Cross.

A little info about the songs: "Division of Labor" is an outtake from our upcoming album, "Winter Creatures" (due out this June), featuring the incomparable Cory Gray on trumpet. "Shonenki" is a cover of a Takeda Tetsuya song from an anime movie ("Doraemon's Little Star Wars") that I loved as a child. Incidentally, my birthday (September 3rd) is on the same day as Doraemon. "Atmosphere" was an instrumental written by our friend Joshua Morrison (he has his own "Songs for Japan" EP up at joshuamorrison.bandcamp.com ) and Jeramy Koepping for a soundtrack they did for the film "The Off Hours." I wrote and added the vocal melody. "Kiss Me Not Goodbye" is an aria from "The Mighty Casey" by William Shumann, sung beautifully by our resident diva Ms.Shenandoah Davis. It was originally released on a Japan Tour EP we did back in 2009. "Song for an Absent Friend" is a rarely-performed song I wrote for my old band, Asahi. This recording is from a show I played at Marbletron in Tokyo, bootlegged by Hideyuki Kadowaki (hope you're doing well, Kaddochi!) And finally, "Akatombo" is a traditional Japanese folk song, recorded live at the Triple Door on 3/16/11.

There is no telling how long it will take for the people of Japan to recover from this disaster, but I am absolutely certain they will, with great strength, grace and compassion. We offer today our humble support, and we thank you for yours.

Mastered by Matt Brown at Emerson 77